Hands — or, as the Toronto-based Chinese creator calls them, "the visible parts of the brain" — by Rex Feng. 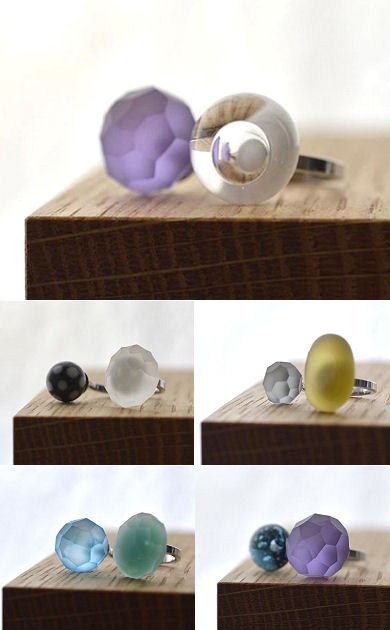 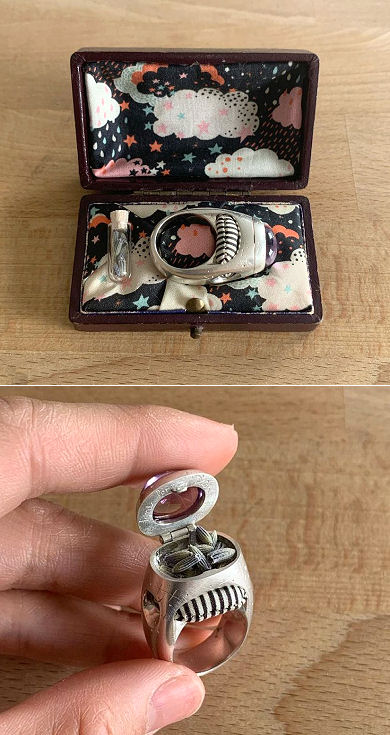 Tucked away snugly in that case is the "Ring for Insomniacs" by the UK's Loupe + Peg, complete with a duck down pillow, amethyst (for its "magical powers") and lavender (for its calming scent). Oh, also, "sarcasm sprinkled throughout."

Japan's Mariko Tsujimura — aka niu. — wants the jewellery and the wearer to feel each other's presence.

These glass twist rings from California's Leigh Miller are individually cast, so each gets its own unique variation. I'm particularly into the half opaline ones! 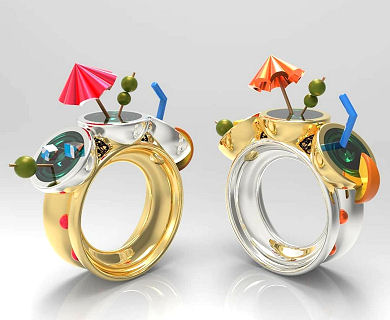 Visit Portugal's Rita Santos Pereira for some fun with 3D-modelling. 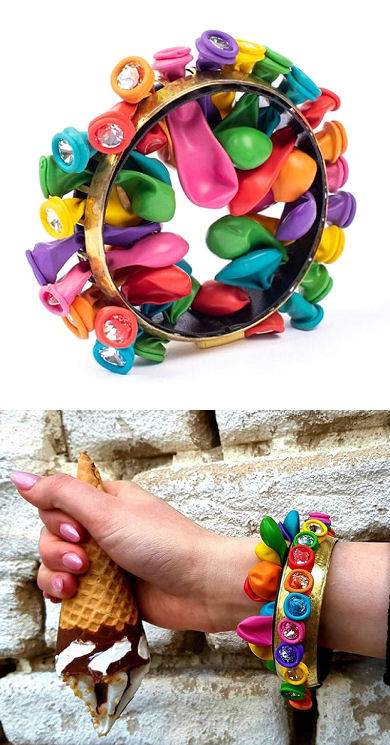 Resin and filament rings from the "Nocturna" series by Spain's Alicia Salcedo Gonzálvez. 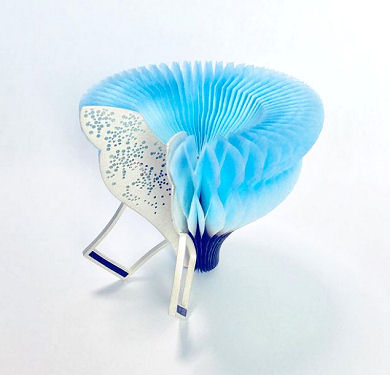 These "Element Object" rings with floating stones are inspired by colours from childhood memories. For more light-infused colour, check out Japan's Kotenra.

The UK's Fumi Artworks uses actual dried vegetables, seasonings and spices in these miniature food rings with a heavy emphasis on Japanese dishes (like the ten-don, bento and chawanmushi shown above).

Let's make it a Mathematical Monday with these plus/minus rings from Sweden's Cinquantadue (Simona Buganza)... 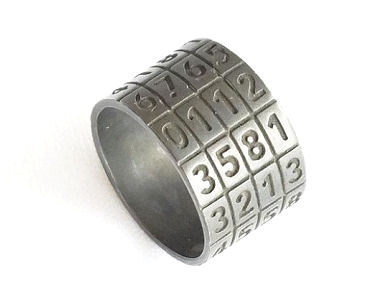 ...this Fibonacci ring from Australia's sixD... 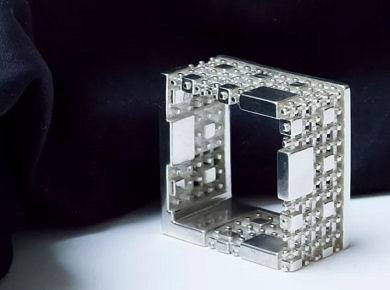 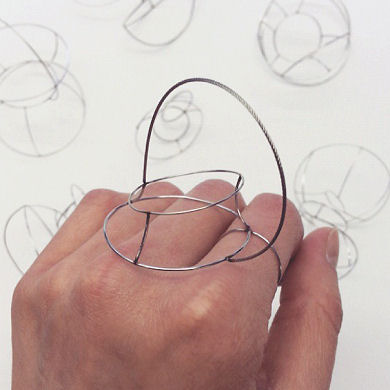 While there are some interesting rings... 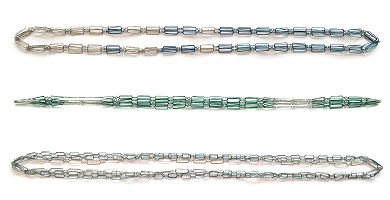 ...you should visit Belgium's Emma Gregory for her cool, EDM-inspired chains... 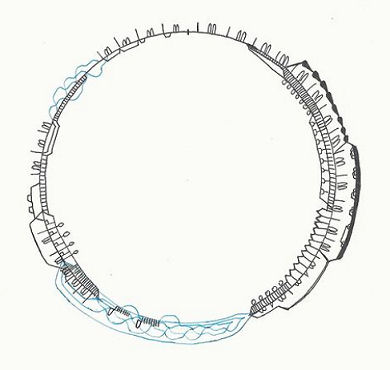 ...including this piece based on the Chemical Brothers' "Star Guitar" (the one with the video everyone loves). 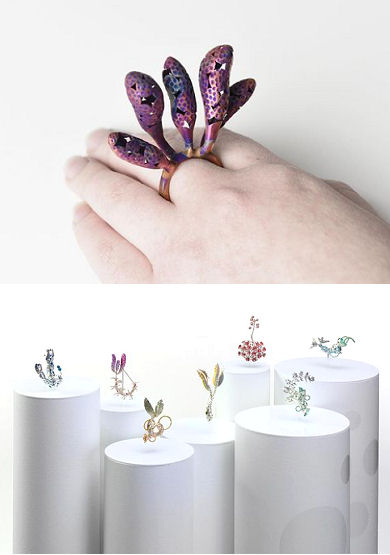 There are few pieces (and even fewer rings) in this portfolio as of right now but these colours just could not be ignored. Visit Japan's Rio Yamamoto for a closer look at some gorgeous ombré in silver and ceramic.

Architectural rings (and their direct inspirations) from Russia's Anchor Jewellery.

This summer vibe brought to you by Italy's Artisticalmente (Leonardi Emanuele).