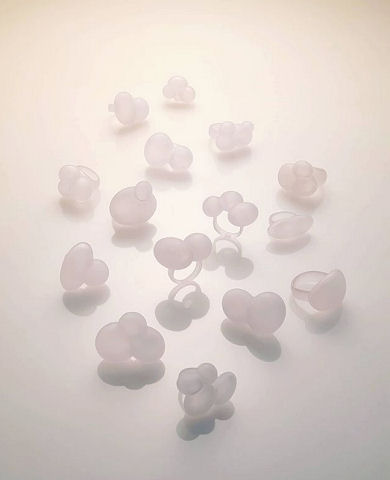 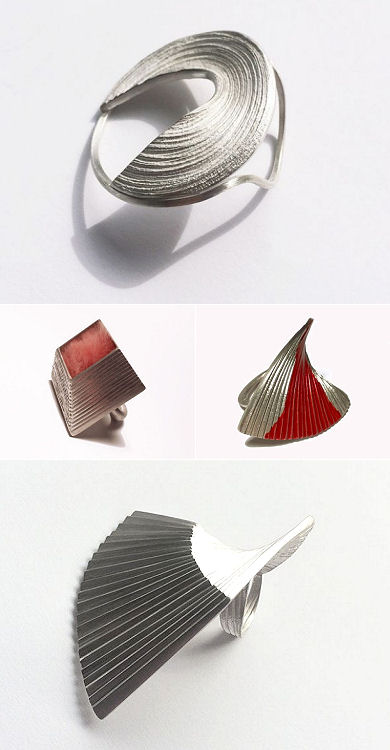 Minimalist (except in size) quartz and black jade pieces from Estonia's Triin Kukk. 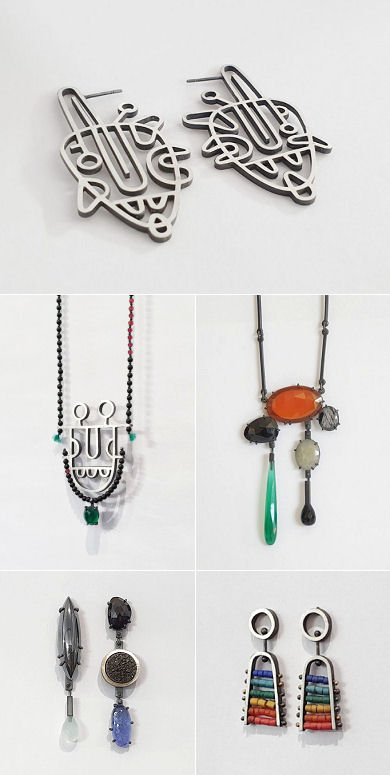 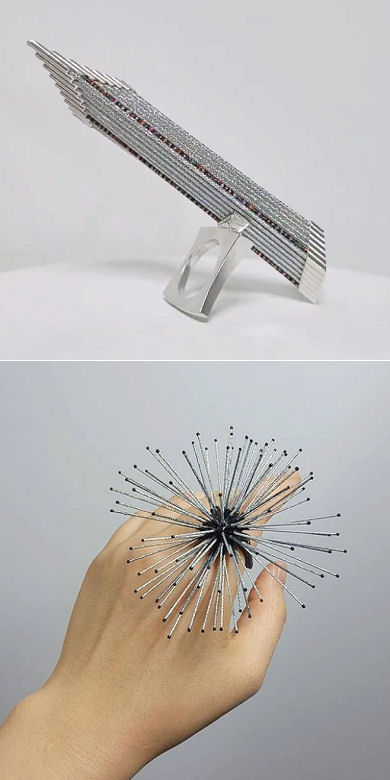 South Korea's Jaesun Won does some gorgeous things with lines of metal and thread. And not just rings: 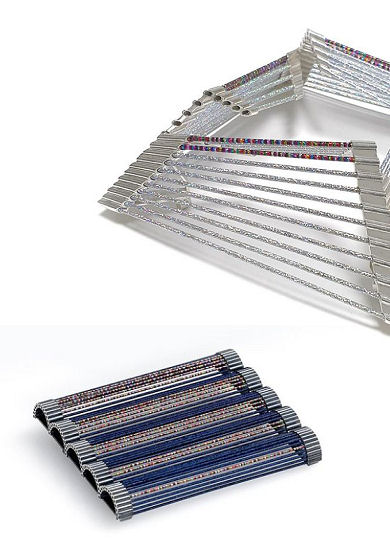 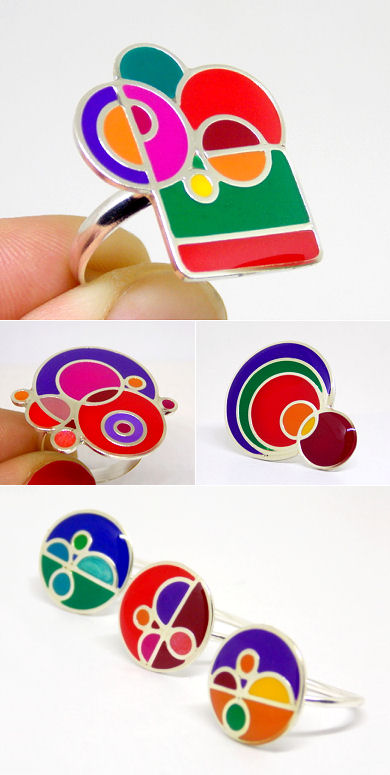 Putting the "joy" in joyas is Argentina's Pilar Achury, with her exuberant colour palette.

These fun rings look like they were born to be in a pop group from the late 1990s — you know, if jewellery could literally sing. They're even made of Jesmonite, which sounds like a band whose CD you bought after you saw them perform on MTV. But maybe it's just me. For more, check out the UK's Hayley Irving.

"Infinite" rings (which should've been the name of my blog) by Hungary's Vero Lázár. 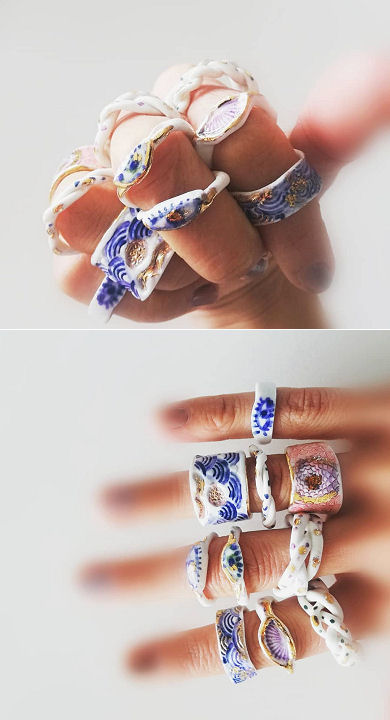 "Broken Snowflake," "Meltwater" and "Fissure" rings by French jeweller Capucine Huguet of Capucine H, who was inspired by her travels to Svalbard, Norway, one of the world's northernmost settlements. 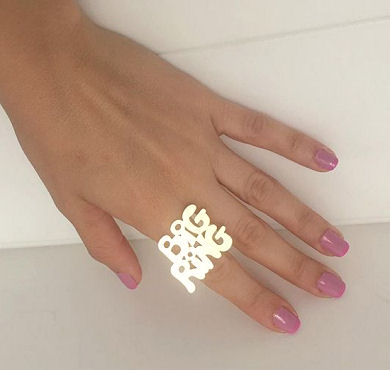 Consider this a bit of foreshadow-ring.

Bracelet, ring, or bracelet ring? Jewellery from the "Evolution" series by the UK's Yuliana Ilina, who says, "My jewelry is alive."

These "Insert Rings" by Romania's Szidon Zsakó feature silver "boxes" and interchangeable pieces that can be inserted or even worn on their own. (I hear they get lonely when you do that, though.) 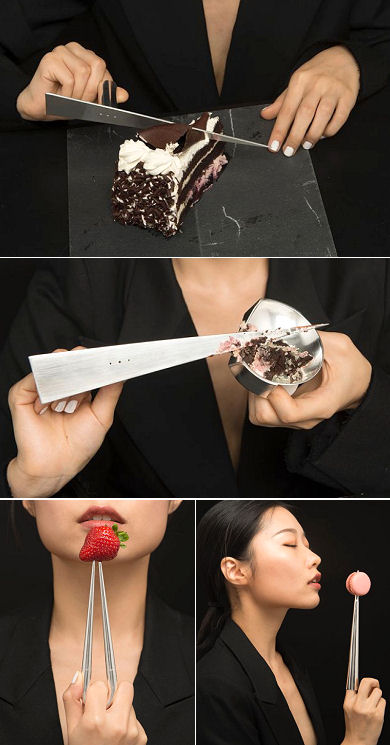 Finger-wear (and some of my favourite foods) from "Plastic Into Bodies" by Chinese jeweller Yonghui Duan, inspired by the problem of plastic packaging.

It's Inna Monastyrna's world solar system and we're just living in it. Check out Jam Inc, the Israeli designer's collection, for tons of creative, playful jewellery. 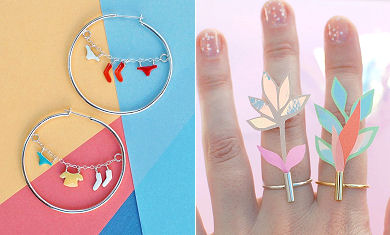