Japan's Kisso makes layered acetate rings using old eyeglass frames. I've been a huge fan since I mentioned a sub-brand of theirs here before. When I got a chance to see their work in person, I basically did the Amélie puddle-melt. 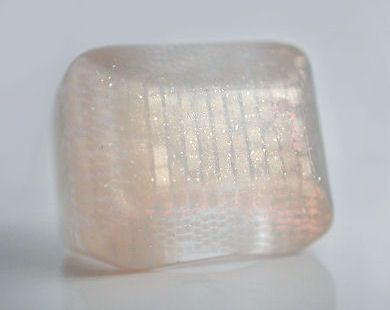 Here's the one I added to my personal collection, though I couldn't capture the way it shimmers and reveals different colours in the light. I was torn between this one and a teal one but the opal-lover in me won out in the end.

Inspired by outer space and mythology, Montreal's Sofia Zakia (Sofia Ajram) creates gorgeous jewellery with intriguing motifs. If you're into tarot, you'll definitely want to check out her necklaces.

When the jewellery is as cool as the styling: rings by Iran's Anima (Nahid Yahyaee & Amirali Aghil). 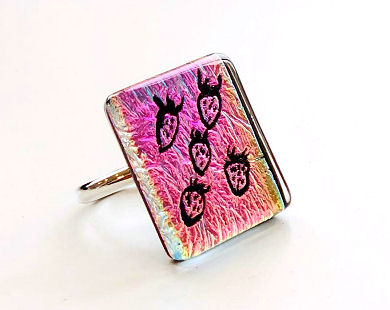 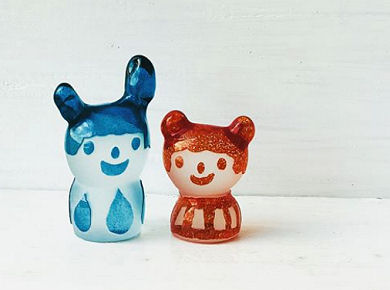 ...who mainly makes these watercolour-y glass stamps that are too cute for words. (If you're a fan of a certain "unscripted" Netflix show about six strangers living in a house together, scroll down her page a bit to see a familiar face... or two.)

Thanks to Scotland-based Australian jeweller Natalie Baker, glass-in-concrete is my current favourite thing. I love how they look like shards of seaglass strewn on a sandy beach. 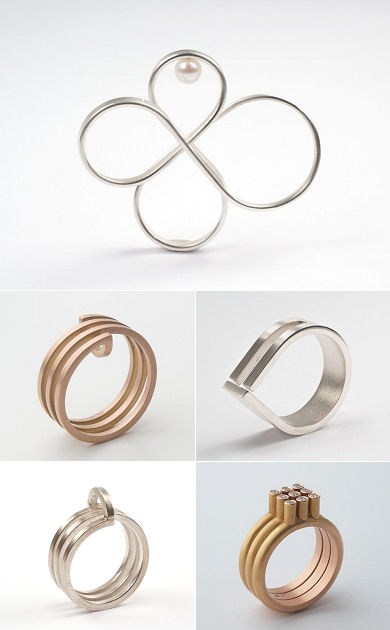 Tidiness, minimalism and parallelism with good flow: these rings give me the same satisfaction I get from looking at raked Japanese rock gardens. To see more, visit Dutch jeweller Cécile van Eeden. 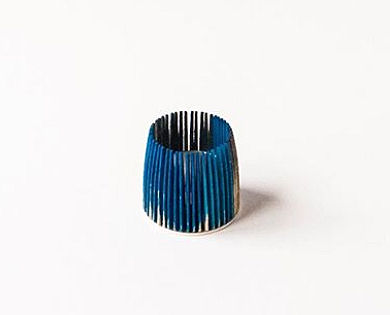 A ring from the toothpick series by Japan's Makiko Mitsunari... 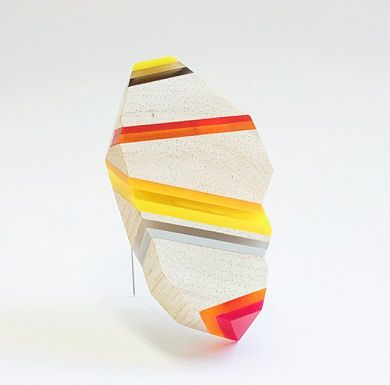 ...who also has a cool "Mineral Brooch" collection. 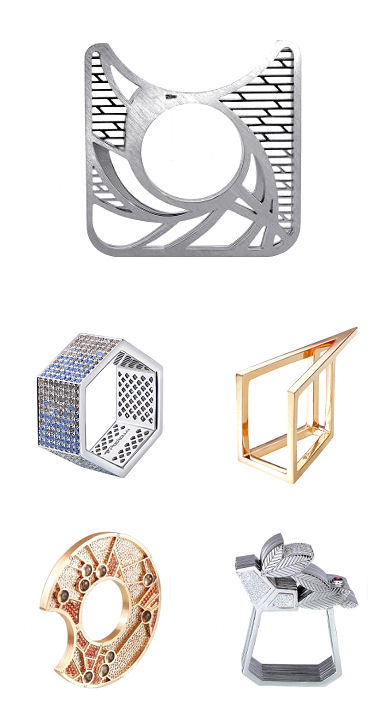 A wide range of inspiration, from Moscow architecture to Japanese fashion design, informs the cool, futuristic work of Russia's Roskosh. There's a lot to explore, so go check it out! 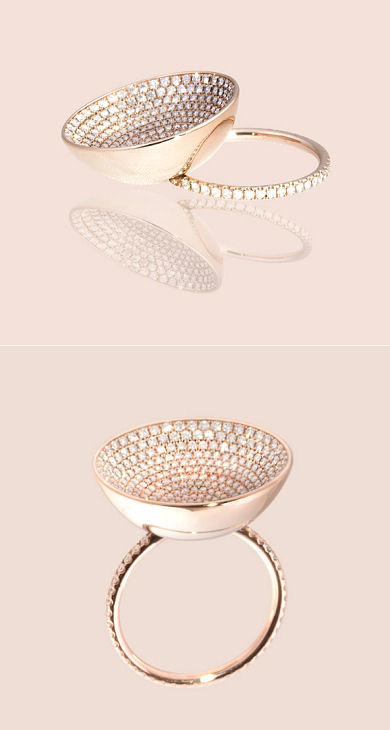 This cup may not runneth over literally, but it sure does figuratively (and exquisitely). Check out the "Elsewhere" ring by New York's Henry & Hodu. 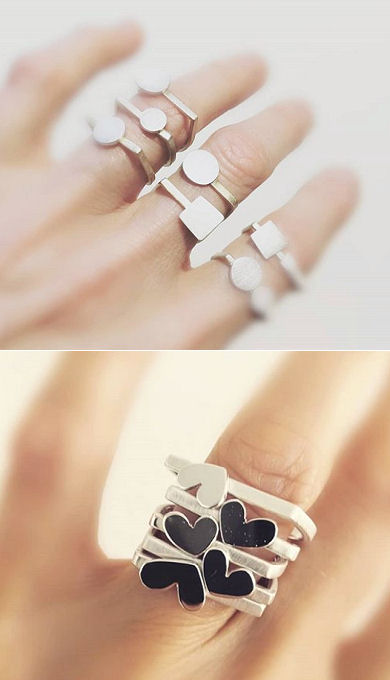 I'm drawn to these abundant stacks of silver but most of this jeweller's work actually showcases bright, cheerful colours in enamel. To see those, visit Italy's Cristina Grabar.

From ephemeral smoke rings to rings that are deliberately "hard to wear," Georgia-based Mechasposada (Maria Mercedes Posada) serves up a variety of conceptual work that plays with your notion of what jewellery is.

If you could put anxiety on a ring, these near-bursting balloons would be it for me. And yet, I like it. For more cool work, check out Clova Jewellery (the UK's Clova Rae-Smith) 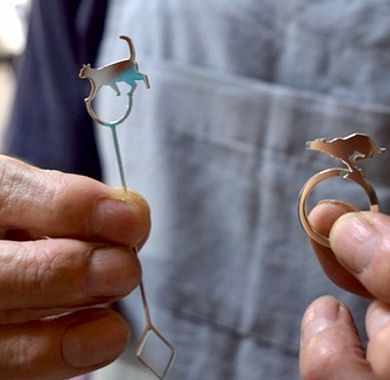 ...and interplay, by Japan's Shuji Suko.

Is this what they mean when they say a circle is made up of arcs? Rings above by Japan's Unik. 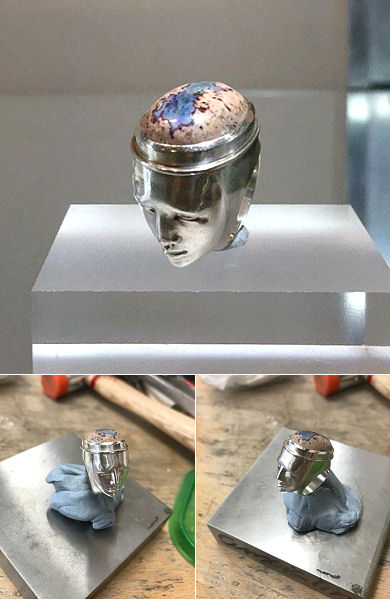 If there were an award for Most Ingenious Use of an Opal, wouldn't it be fitting that a ring named "A.I." would win it?