These rings make me think of hobo signs. Do kids these days know what hobos even are? The idea used to fascinate me when I was little, though the Wiki page on hobos lists Dr. Phil under "Notables who have hoboed," which both ruins the image I had in my head and reminds me not to trust everything I read. Anyway, check out Seattle's Wit & Pepper (Angela Montgomery) for more (jewellery, not hobos).

I love the distinct style of Italy's Laura Forte, some of whose rings remind me of geisha hair. 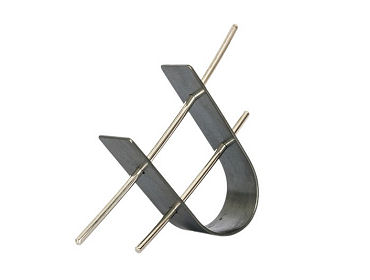 There's plenty more I didn't post, so go check out her site!

I want to live the alternate universe where gems actually grow on trees. Until then, we have the twiggy rings of Spain's Patricio Minconi.

I'm all hearts-in-eyes about this "Hoyz" ring collection by the UK's Chloe Lee Carson.

This is the kind of stuff that makes "cute" a two-syllable word with an exclamation point on the end. For more bears, inscriptions on acrylic and other jewels, visit Latvia's Verba (Anna Fanigina).

New Zealand's Fran Carter likes to work with "plastic bags, bread tags and recycled aluminium teapots and pans" (among other household materials) as a "response to the nature and role of domestic life in modern times."

I've never liked the word "plethora" (it's basically the sound you make when you've eaten something gross and need to air out your tongue) but it perfectly describes the amazing output of Romania's Cleopatra Cosulet, who works with metal, resin and various recycled materials.

Vancouver's one of those places that gets hot, but only for a few months, so it's rare to have A/C in the house. Which is why I'm sitting here, melting away, staring longingly at these resin "ice" rings by Norway's Siri Kvalfoss (but I'd gladly take them in winter, too).

UK-based French jeweller Marion Lebouteiller makes rings for the pod people in all of us. 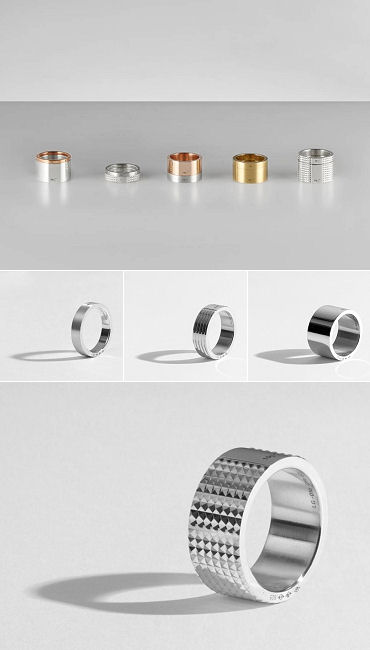 As their name suggests, French jeweller Le Gramme offers sleek, modern bands in your choice of weight. Just pick from polished or brushed, smooth or texturized, a size from 3g to 19g, and you've got a stew going, baby. 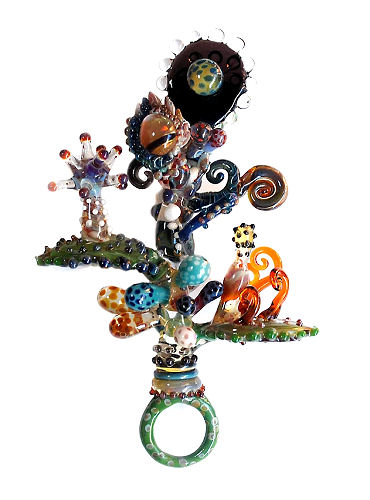 I'd been saving this artist for years because, well, just look. 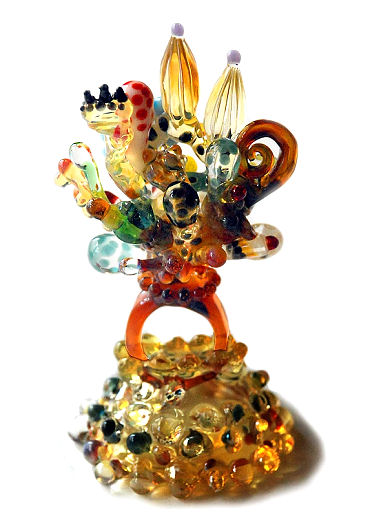 I didn't think an ordinary post would do her justice, but the true injustice was not posting her right away!

Drop everything — everything, I say! — and go check out the awe-inspiring glassworks of Japan's Makiko Inoya. 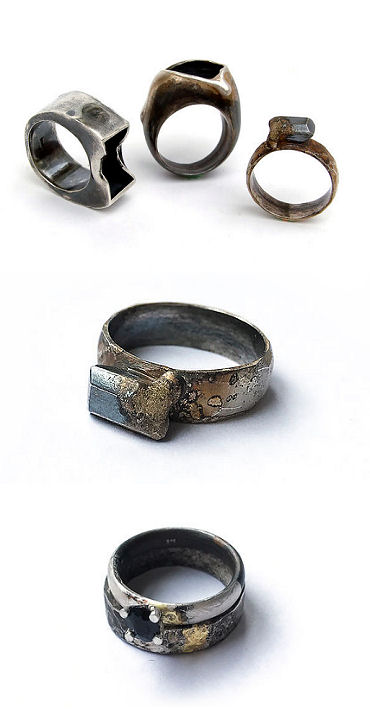 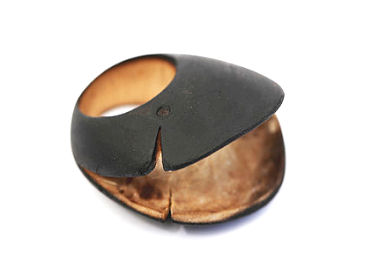 Check her gallery for more, including pieces burned not by fire but by molten silver. 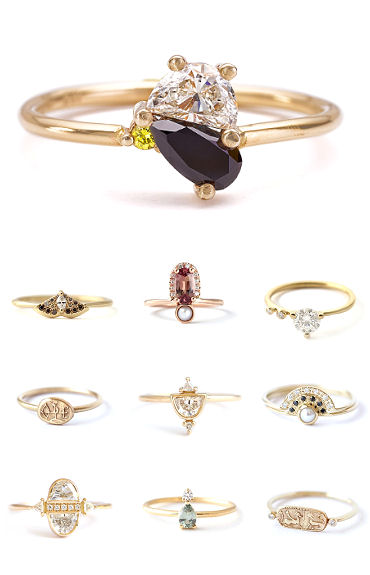 When I started this blog I-don't-even-want-to-know-how-many years ago, I was obsessed with non-traditional rings and had little interest in anything with a gemstone. But lately, I find myself drawn more and more to rings that are bordering on classic — as long as they still have that certain something that keeps things interesting, like these from Israel's Artemer (Tomer & Tanya Mikaeilyn).