Nautilus shells are just some of the inspirations behind these spherical geometric forms. Rings above by Portugal's Vanglória (Vanessa Pires). 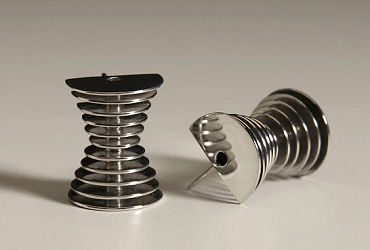 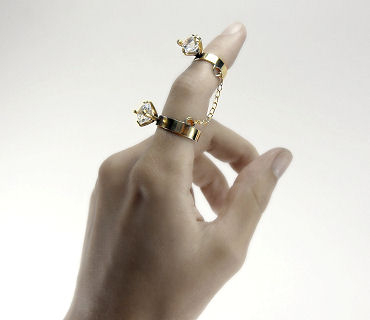 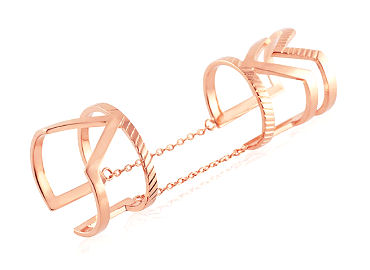 Chevron ring by the UK's Edge of Ember. 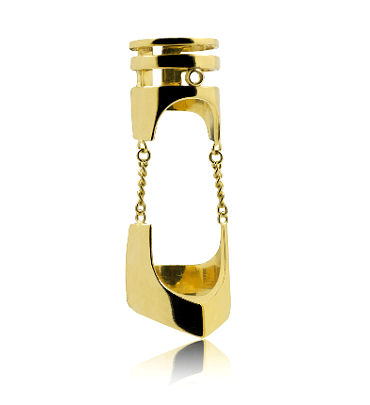 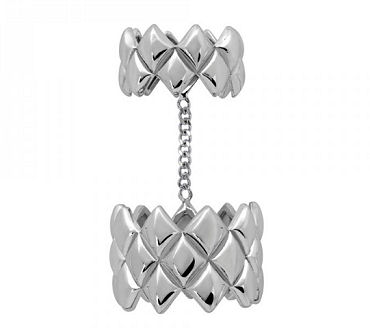 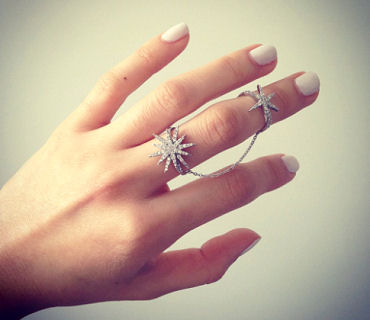 According to Wisconsin's Ann Marie Cianciolo, "Things just seem funnier when they are tiny." It also helps when they're so well-crafted! (Of course, an animal in a hat is always at least a seven on the humour scale.)

Armenia's Anníeh Jewellery has an array of rings inspired by those colourful works of art known as rugs. 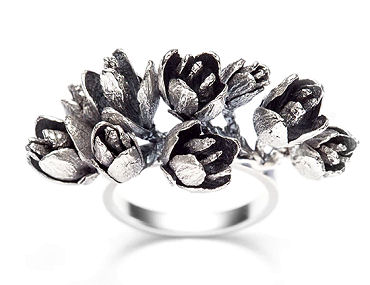 Five in a Flash: Cluster Luster
Above: "Vera" ring by Montreal's Serena Sciarrini. 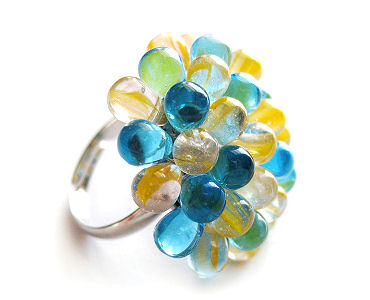 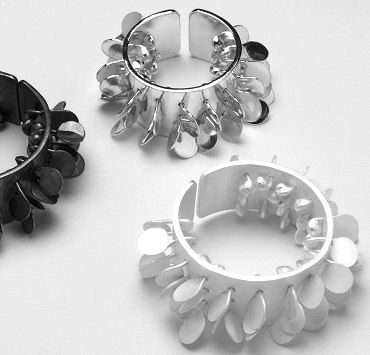 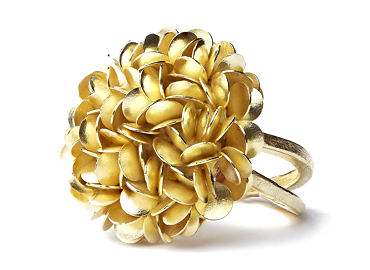 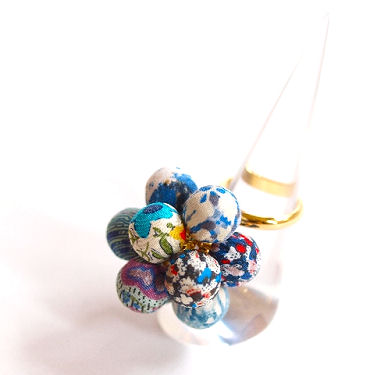 I don't know whether or not this was intentional but does anyone else think these burnt wood rings look like flipped-open lighters? How meta. Visit Finland's Tatu Vuorio for jewellery, sculptures, cool glass design and more.

I love anything that reminds me of Spirograph! These rings were 3D-printed and then adorned with yarn or copper wire. To see more, including concrete housewares and leather bags, check out the Netherlands' Mensch Made (by Doreen Westphal). 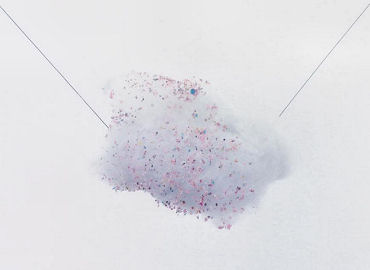 Every cloud is a silver (or gold) lining in the world of Australia's Natalie Marie.

Faux-jewel photo (fauxto?) rings by Odinski Jewels (the Netherlands' Sonja Hunefeld), who also has a chunky gemstone "Knockers" series as well as pieces made from teacup parts. 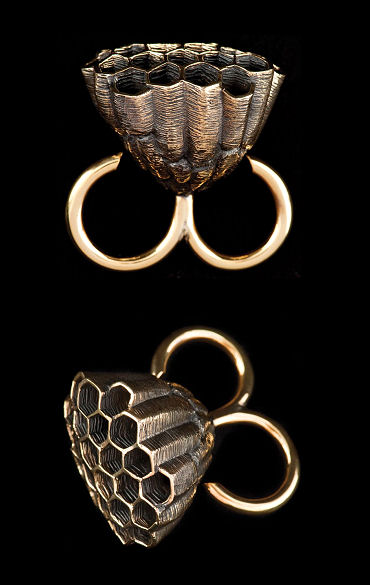 Check out Thailand's Eleven44 (Linda Morkos) for lots of big, bold jewellery, including castings of wasps nests (shown above) and durian.

Israel's Urban Raven (Shiran Tal) found a world of inspiration when she came upon her brother's old stamp collection. From Magyar dinosaurs to Omani fish, she turns the well-travelled little pieces of art into vibrant jewellery.

Now that it's past Labour Day, it's the unofficial start of autumn. Get in the mood with these refined rings that mix coarse natural elements with sleek swoops. Rings by Poland's 1618 (Przemysław Wańczyk). 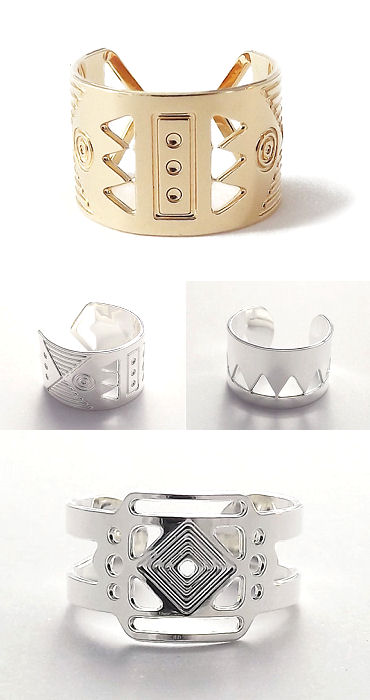 Quit making mistakes! Buy them instead. I love the cut-out designs from French jeweller Marine Mistake.

Though reminiscent of anemones, these pieces also remind me of some toy from my childhood I can't quite put my finger on. While I ponder that, visit UK-based Chinese jeweller Wanshu Li and "Go with the Glow."