These rings could be relics from the gothic era — were it not for the fact that they're made of plastic. Ukraine's Macabre Gadgets fuses polymers and crystals and, in so doing, fuses the modern and the medeival. 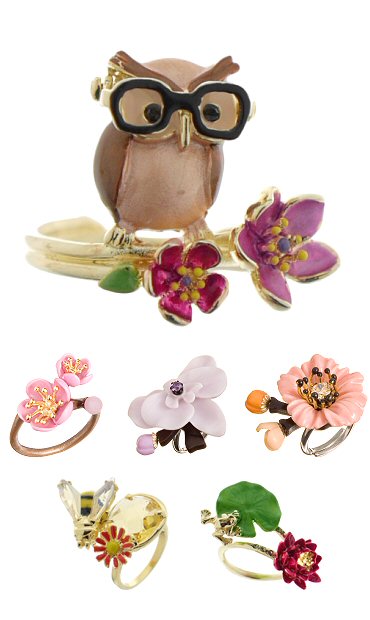 So evocative of springtime, you'll need a Claritin: check out Italy's La Hormiga. 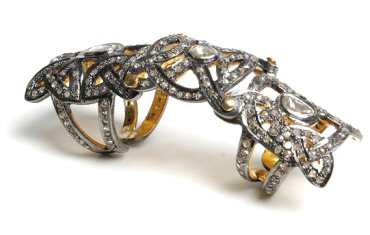 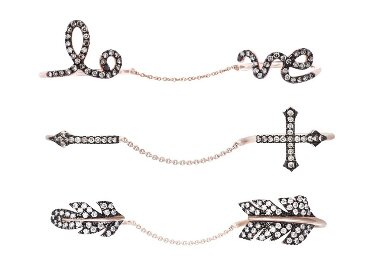 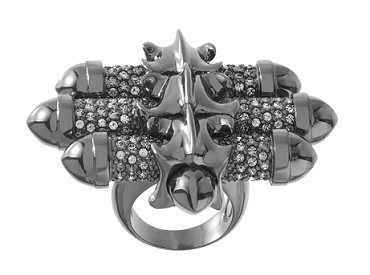 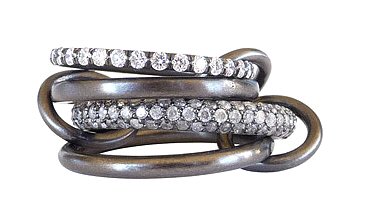 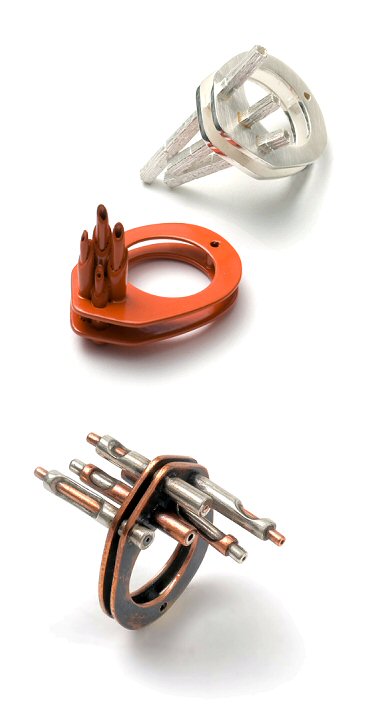 Well, now I'm going to be haunted by Bach's Toccata and Fugue in D minor all day, but these rings are worth it. Check out Australia's Kim Russell for lots of interesting pieces, including these "Organ Pipes" rings!

The rings above are made from rubber and silver — but the rubbery black ones are blackened silver, and the ribbons of colour on silver are rubber. Roger? For more, see Elizabeth Bailey Christenbury, based in Georgia.

1UP your jewellery with the "Level 256" collection from Italy's Federico Primiceri, featuring Pac-Man, Inky, Blinky et al as you've never seen them before. Today marks the 34th anniversary of the game's release date! 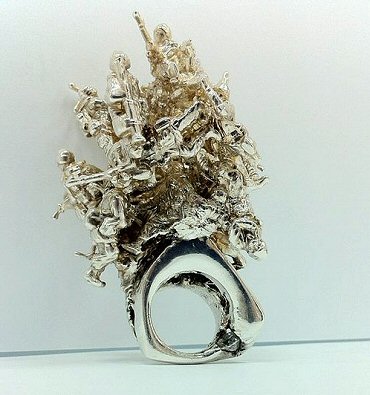 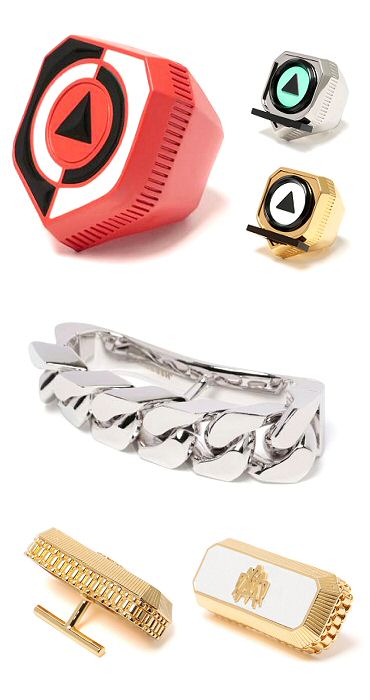 You'll never have such a great time being Ambushed. Whether it's "class rings" that indeed look fit for a class — of superheroes — or Cuban chain knuckledusters, Japan's Ambush Design is waiting to pounce on you with their in-your-face styles. 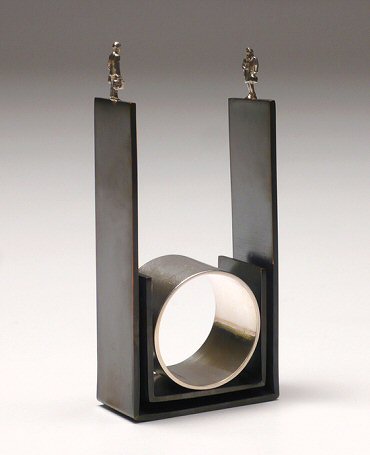 Mini people are all over the world, but I still like them best on rings. Above, the "Merger" wedding band by Pennsylvania's Jim Bové. 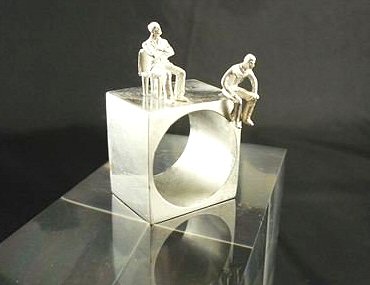 "Homage à Rodin" by Antonello Figlia, an Italian jeweller now based in the UK. 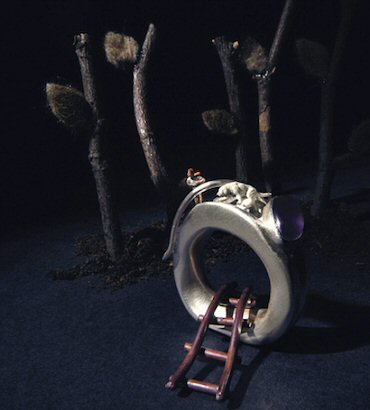 Japan's Tomoko Hori stages her jewellery in the "Night of the Milkyway Railway" series — visit her site for lots more!

So incredible, even the ring's jaws are dropping. 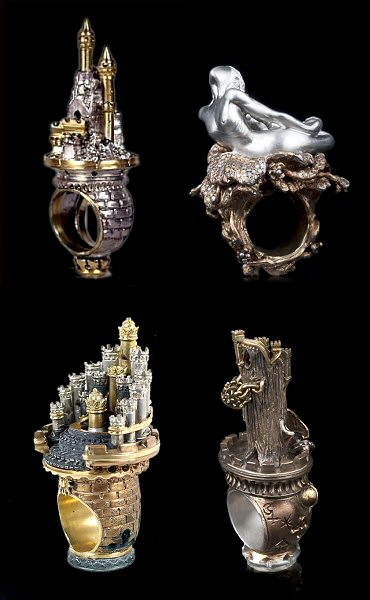 Italian artist Alessandro Dari will amaze you with pages and pages of sculptural, fantastical, prodigious work. 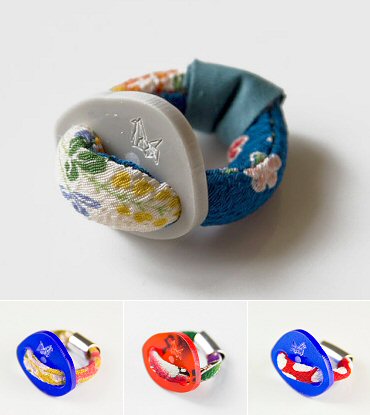 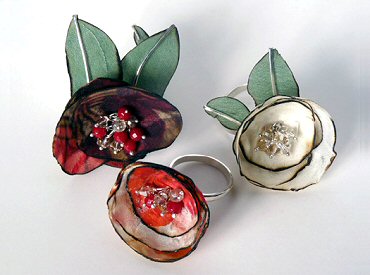 Big and bold don't always add up to loud. There's a sense of quiet in these expansive, monochromatic rings, so it's no surprise that New York's Amy Glenn was inspired in part by silence. Check out her site for the entire A147G line. 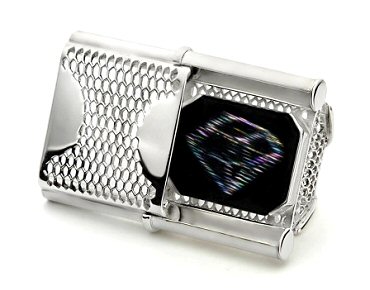 From the sliding "Slant" ring to the above piece based on Puerto Rico's Arecibo Observatory (and more), Italy's Andrea Giunti uses magnetic shavings and mechanisms to fabulous effect. 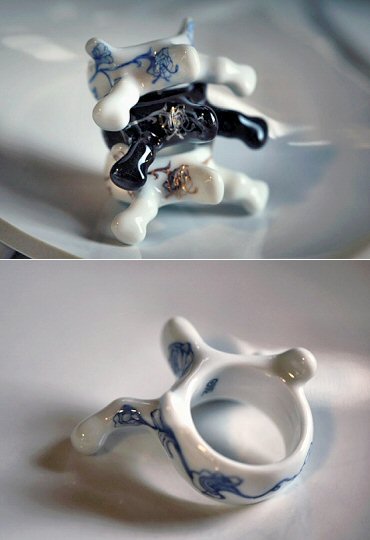 Could inked bones be the next level in tattooing? Just think of the pretty skeleton you could leave behind! Or, you could skip the pain and pick up a porcelain vertebra ring from Los Angeles artist James Jean (find them under 2012 "objects"). 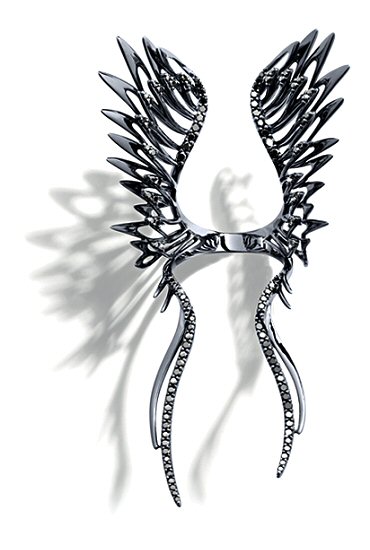 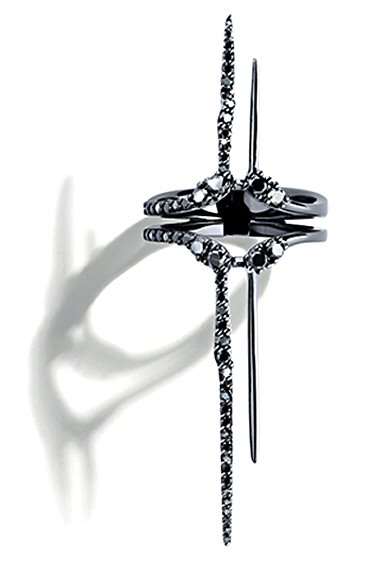 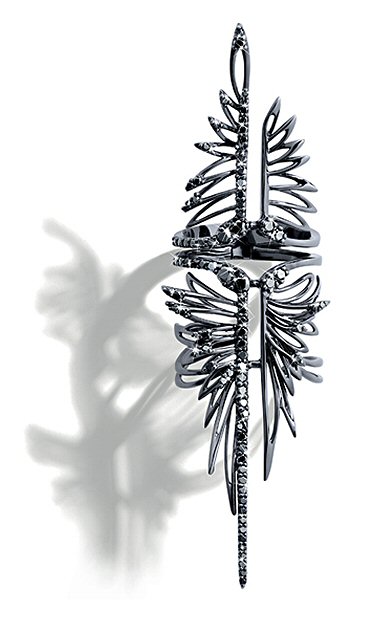 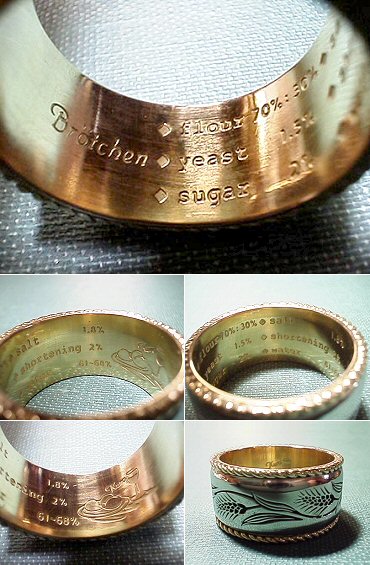 Forget monograms — this is my kind of engraving. I'm still internally screaming over this band with a hidden recipe. It's even illustrated! This one gives the ratios for a bun, but just think of the heirloom possibilities with a little customization. Gluten free? Then check out the rings with engraved sheet music! 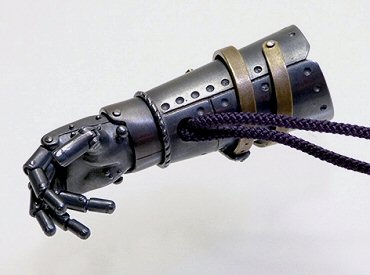 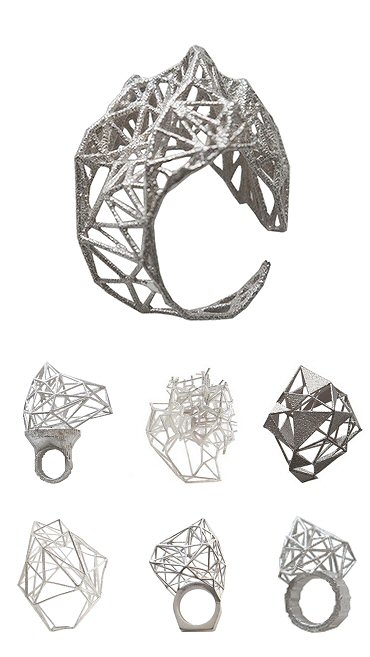 Mountains and mathematics: rings inspired by the heights of the Pyrenees and the calculations of Georgy Voronoi, by Spain's Lotocoho (Anna Tomich & Jorge López Conde). 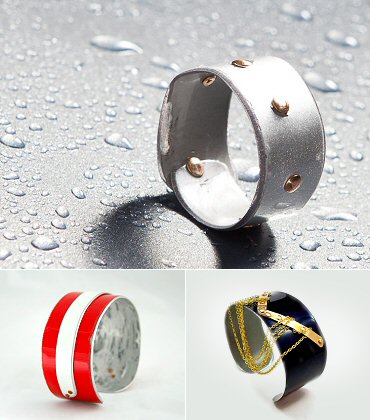 Ever wanted to own a Ferrari? To wear? The "Crash" collection from California's Minabea (Christi Schimpke) features all sorts of jewellery made from crashed late-model European luxury cars, including Porsches, BMWs, Mercedes-Benz and more.

New in the shop: Elgan 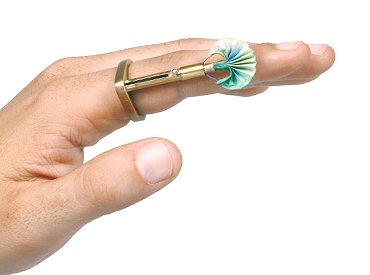 "We've become professional sitters," says Israeli designer Omer Polak. If you're one of the many who spend hours a day "exercising" the mouse hand while neglecting the other, his "Occupational Therapy" ring can help! (I wonder if medicinal jewellery counts as a tax write-off.) 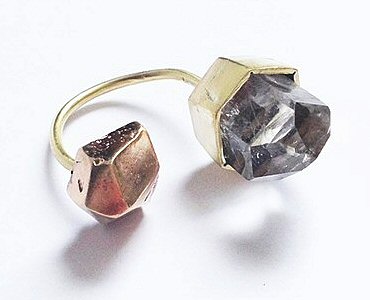 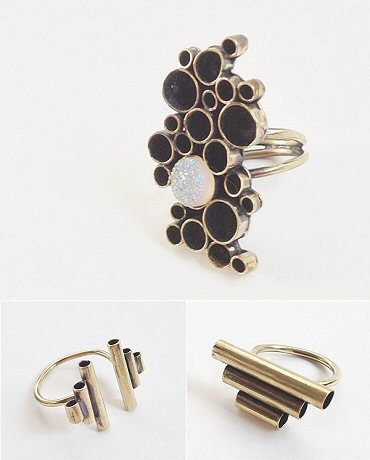 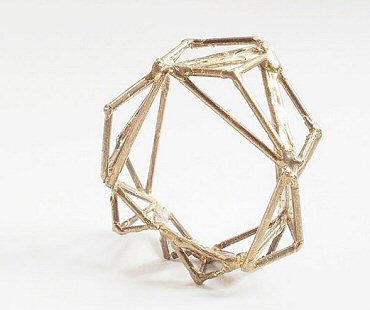 ...Chicago's Therese Kuempel has contemporary pieces in brass and quartz.