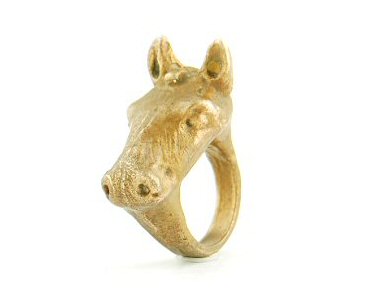 Happy Lunar New Year! It's the year of the horse. 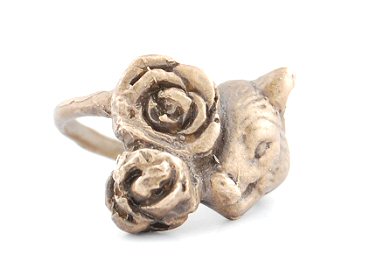 But you could make it the year of the pig, if you wanted. 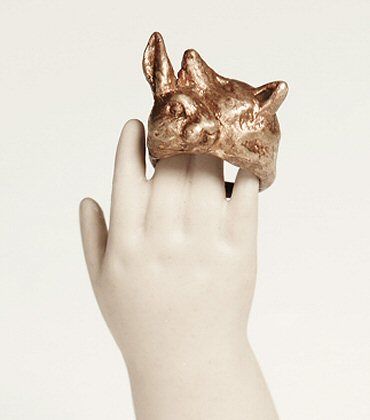 Or maybe the hare-devouring fox (my zodiac system doesn't believe in sugar-coating). All rings above by Australia's Serpent & the Swan. 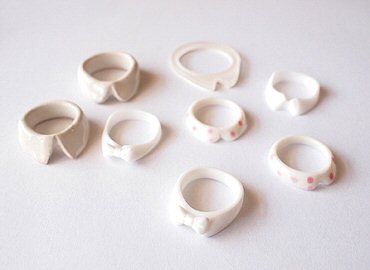 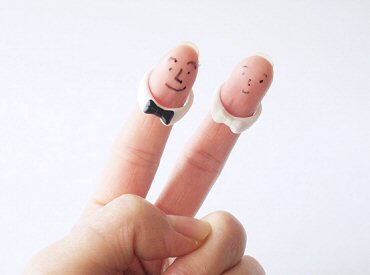 ...the logical response is this.

And if you're really invested, you get the stamp. 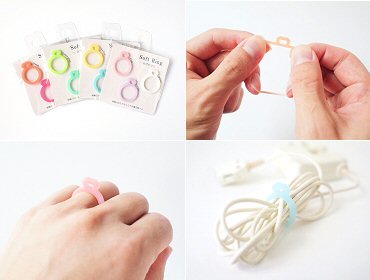 Being a west coaster, I can't imagine living far from the ocean, but its unfathomable depth still freaks me out. Texas-based Jillian Palone, however, brings out the friendlier side of the sea with her colourful works inspired by marine life — more Spongebob than Open Water.

These green rocks were inspired by the Rock — the one in the San Francisco Bay. When Scottish jeweller Lara Whittaker visited Alcatraz in 2012, she met former prisoner Robert Luke, who told her of the life-changing epiphany he had when he smelled "fresh cut grass blowing over from the bay." This inspired her to create a collection based on prison life — visit her site to view the rest of the work!

If you learned anything from the Three Little Pigs, you're gonna go straight for the concrete. Australian architect Linda Bennett, aka Archi-Ninja, offers house rings in concrete, brick and wood. If you do opt for concrete, you can even build your own — learn more here.

London's Amy Peace-Buzzard has a cool name and rings to match. Her "Deteriorate" series explores "beauty in decay." (The presentation, meanwhile, evokes a winter thaw.)

If you'd rather have a cake than a chip on your shoulder, Kelly Nye is your woman. You could also have donuts around your neck or cupcakes on your head or, if you want to be all conventional, flowers on your hand. Visit the Ohio artist for more! 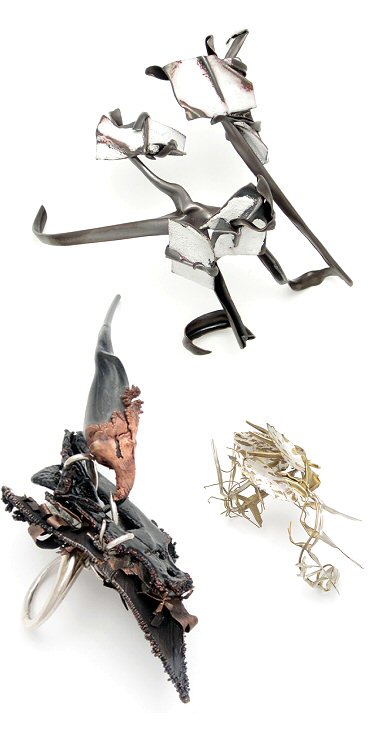 It's not just her "Ghosts" collection — her entire gallery is phantasmagorical. Check out California's Niki Grandics for gorgeous work in metal and glass. 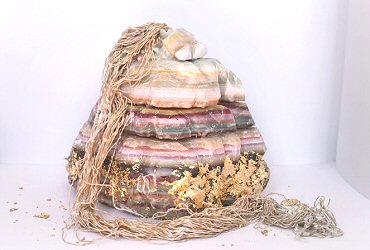 What happens when you take some whacks at wax? Margaux Clavel poured this wax block... 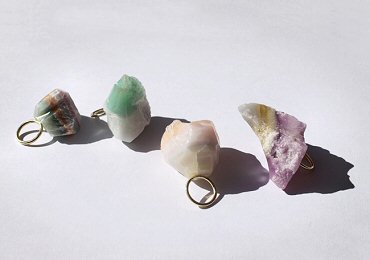 ...whence came these "Steady as a Rock" rings. Check out the UK jeweller for a wide range of modern pieces.

I'd gladly spend my days behind bars, as long as they were made by England's Polly Horwich. I'm crazy for these colourful cages! 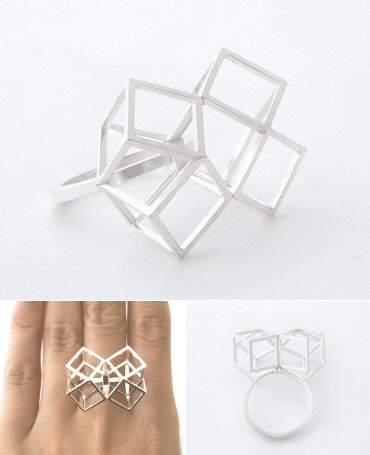 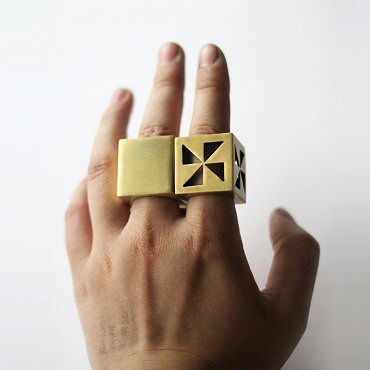 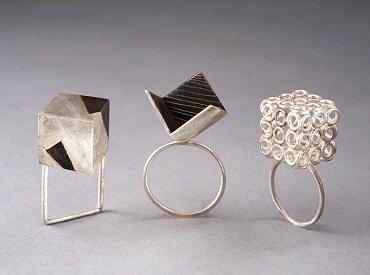 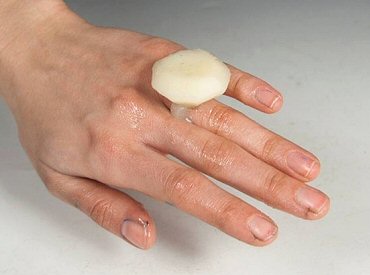 With my apologies to all vegans, here's a lard ring by Iowa's Christiana Byrne. But your day really won't be complete until you see her McDonald's cheeseburgers necklace. I'm lovin' it. 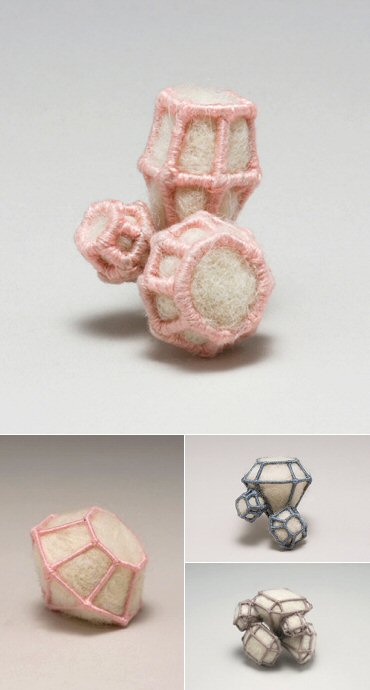 Here's some "ice" transformed into warm, cozy felt (many of you out east probably wish you could do the same to the weather). 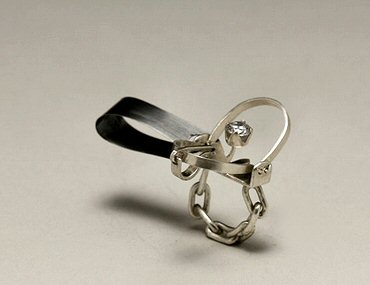 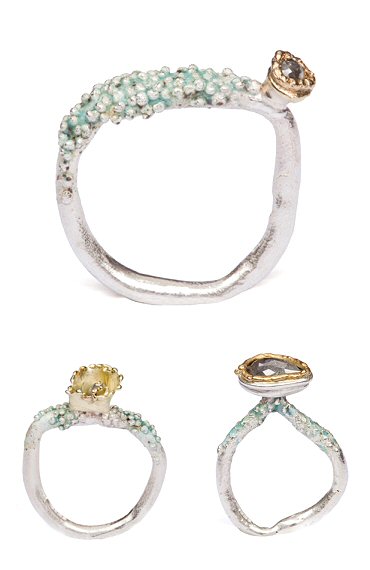 UK jeweller Jennie Gill teases us with just a few images for now but, so far, I like what I see: organic metal with the occasional touch of green. 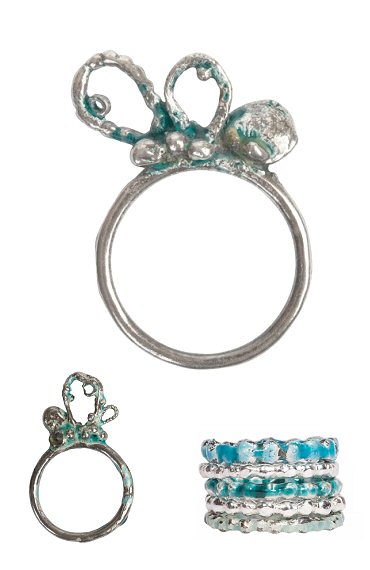 Joanne MacFadyen is another UK jeweller adding touches of green to her organic pieces (enamel gives the look of verdigris on silver). 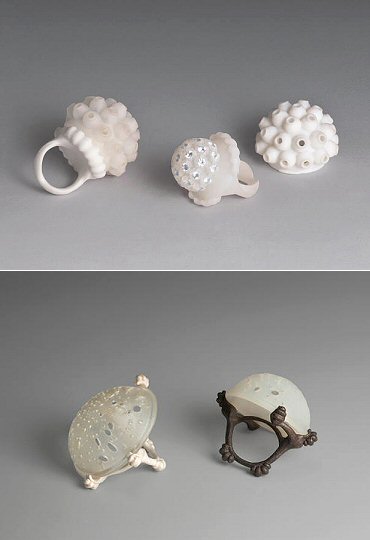 These rings are, somehow, simultaneously etheral and carnal. Pennsylvania artist Emily Culver uses silicone and photopolymers to create works inspired by the wonderful world of biology — visit her site for more. 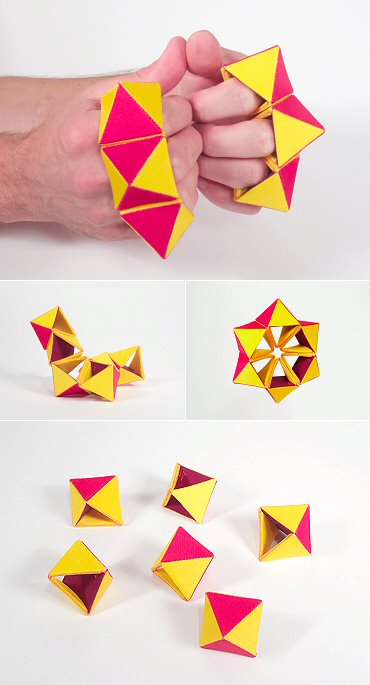 These "semaphore" rings weren't just inspired by the signal flags — they were made from them. Also hidden within the rings are magnets which allow them to be arranged in different configurations. For more, check out Vancouver-based British jeweller Louise Perrone.

SCAD student Mint Kaewkoon may be far from her native Thailand but Thailand isn't far from her mind — or work. This ring, for instance, is based on elements from both Thai and American family rings, and incorporates her last name into the design. Also check her site for the "On My Way Home" ring, based on the streets of Bangkok. 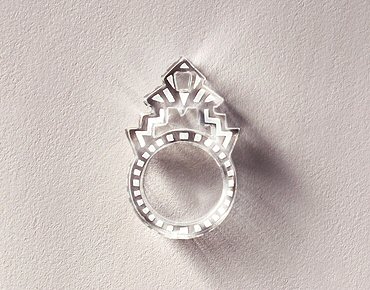 Whether it's a silver version of the fortune teller game or a couple of spherical fans, paper figures prominently in the work of Houston jeweller Tarina Frank (currently based in Stockholm). And speaking of paper figures, don't miss her wild 2-D necklaces.

Thanks for your patience during the break! I hope you all had a fantastic holiday. A quick note before we kick off the year: dedicated readers may notice a slight change to the formatting of my posts. But, rest assured, the mission is still the same: never-repeated, non-sponsored links to jewellery that catches my eye. 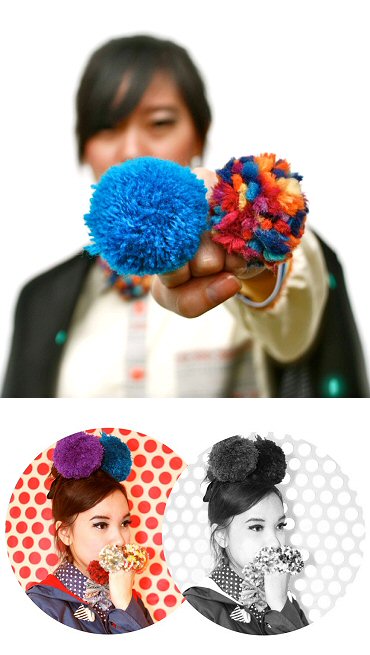