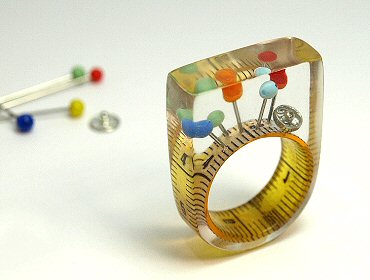 And just like that, the blog is sewn up for the year!

This will be my last post until January, so say goodbye to 2013 but hello to Germany's Geschmeide Unter Teck (Isabell Kiefhaber).

Have a fantastic New Year and see you back here in twenty-fourteen! 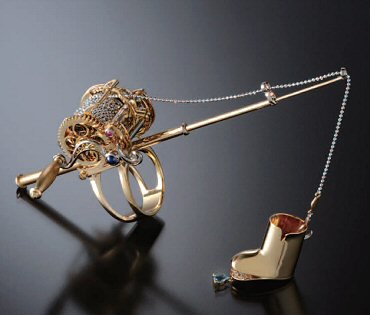 One final Five in a Flash for 2013, "Five Golden Rings" edition, starting with this amazing and award-winning fishing reel by Angel Ring (Japanese jeweller Takeshi Uchida). 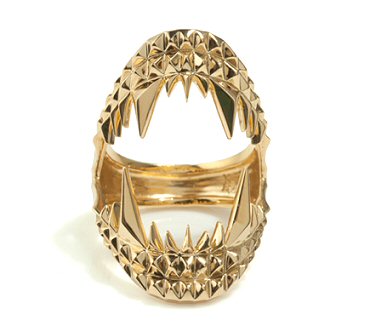 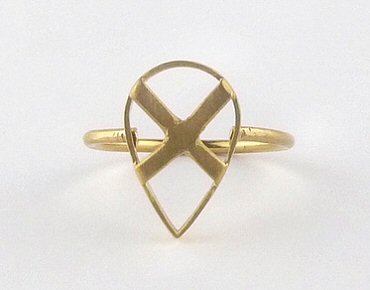 "No Tears" by Leyla Cemal, also from London. 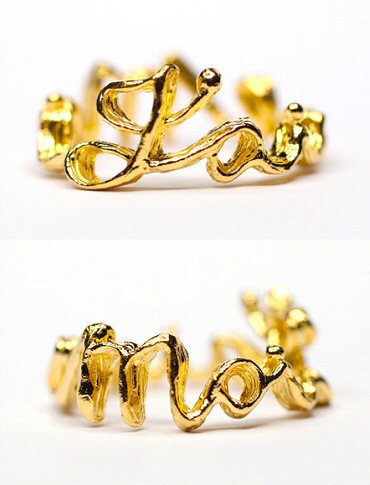 Let's just bask in the ice-cold glow of these frosted plexiglas rings by Doru Dumitrescu. 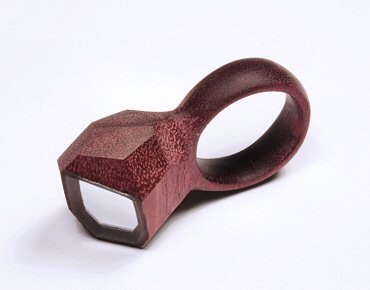 The Romanian jeweller also does gorgeous work with wood. Once you're in the galleries, be sure to click each photo for even more and more photos. 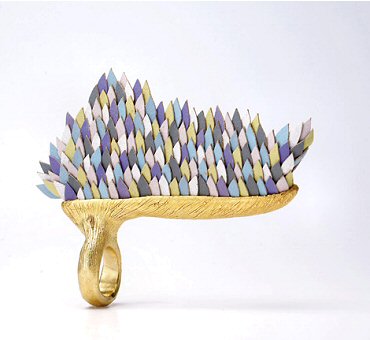 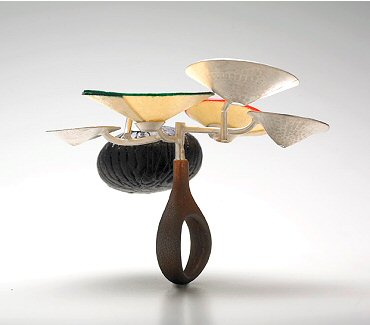 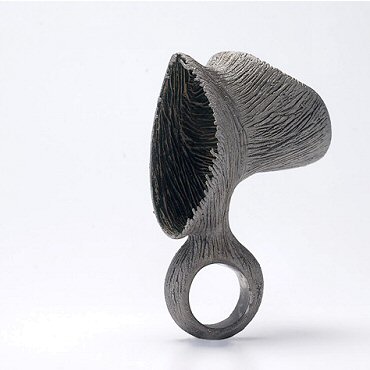 Sometimes, it feels like Christmas is a whole season in itself — a "Fifth Season," if you will, which is also the name of this collection by South Korea's Heejoo Kim. 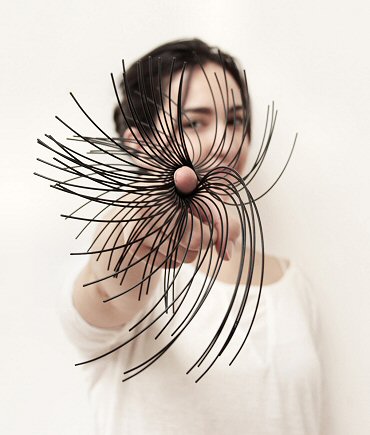 On one hand, I'm excited. On the other, I'm falling into a hypnotic drowse. So confused. 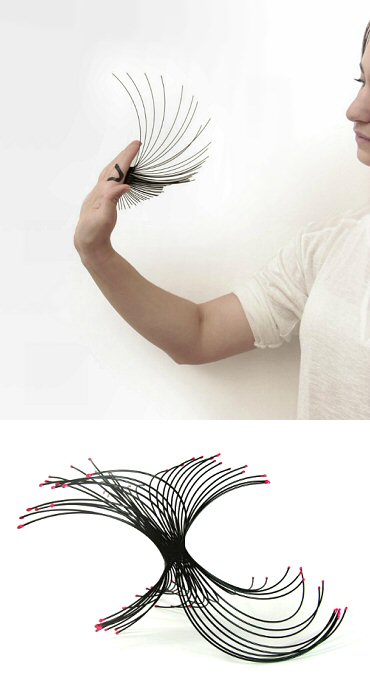 Check out some mesmerizing lines in powder-coated steel from UK jeweller Atushi Verma.

A heaping helping of grains from Edinburgh's Han-Chieh Chuang, whose "Grain" rings are part of a larger collection based on traditional farming in her native Taiwan. 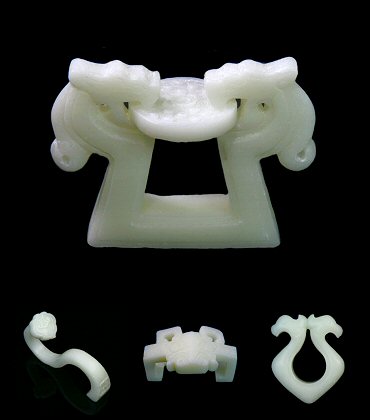 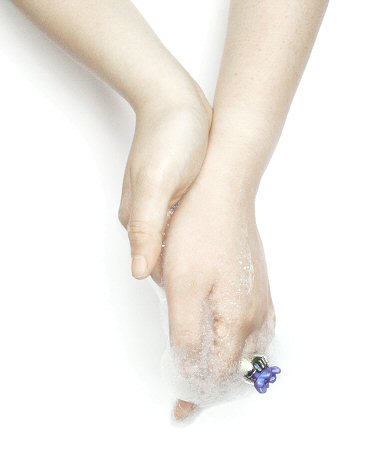 What they are: soap! Ephemeral jewellery by UK-based Yuan Huang. 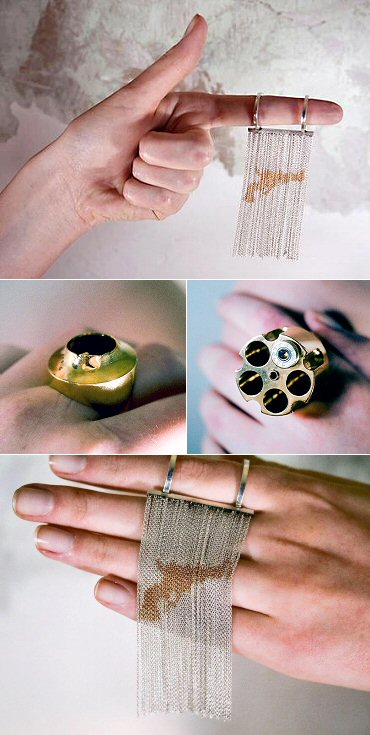 Imagine a world where Guns & Ammo were a fashion magazine. Until then, we have UK designer Naomi Alice Brown. 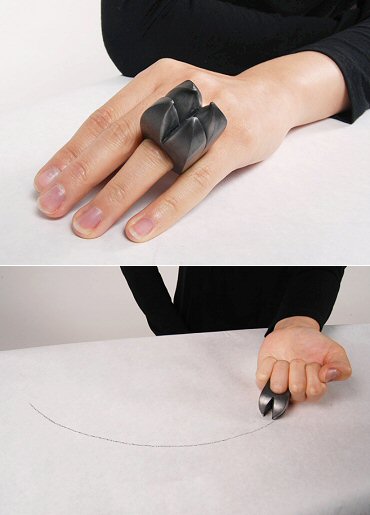 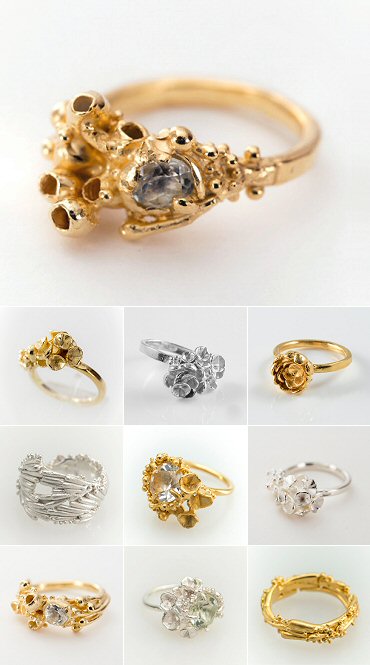 Some gorgeous organic rings from the "Kelp," "Seaweed" and "Blossom" collections by UK jeweller Sarah Brown. 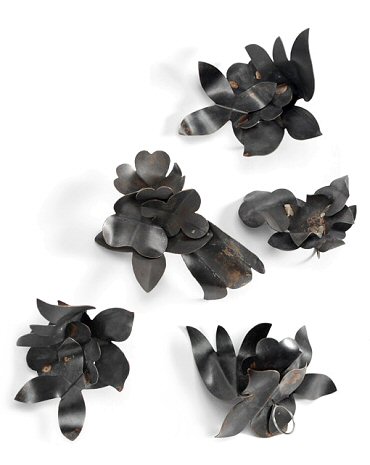 Some blackened blooms to close out the week, courtesy of Belarusian jeweller Nastassia Aleinikava. 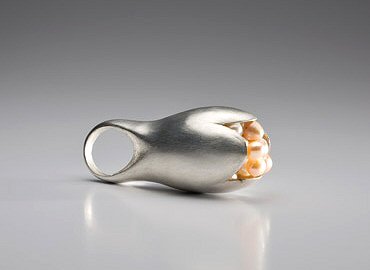 Visit her site for lots of art jewellery, including metal medals and resin residences. 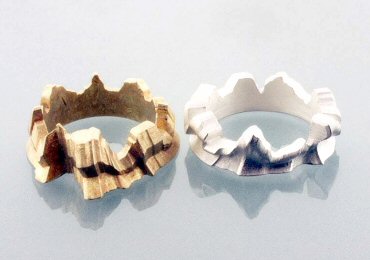 You don't have to leave the house to enjoy the view. Above, "Coastline" rings by New York's Esther Fell. 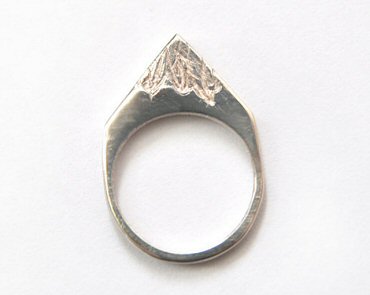 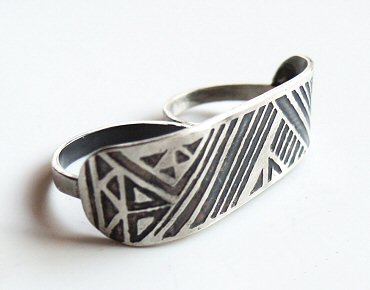 It's a mid-week Five in a Flash, double-finger edition! First up is this "Tribal" ring by Montreal's Julie Verfaillie. 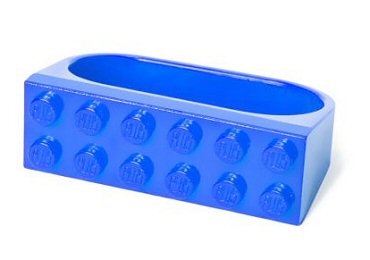 Ring inspired by a certain "childhood brick" (available in many colours) from California's C+. 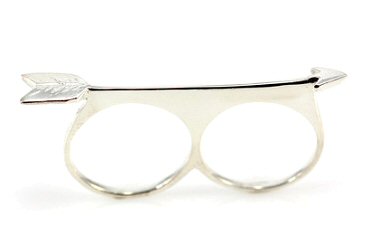 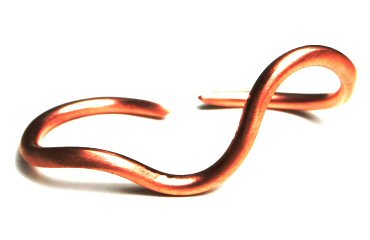 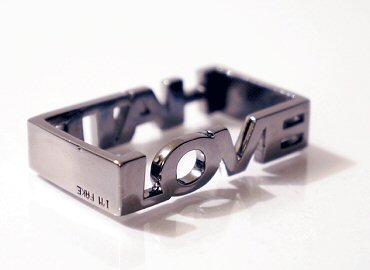 I like the somber tone of these branching rings by Israel's Sivan Lotan. Well, except for the first one — that ring's more like, "HEY GUYS, LET'S DO THIS THING! WOOO!" Which I also like. 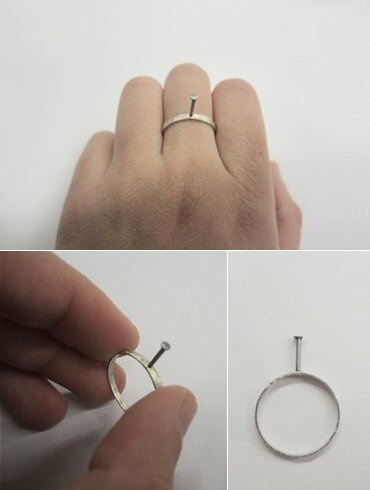 The simplest ring can evoke the biggest reaction. One look and you can't help but imagine hammering that nail in — and then cringing at the result! For many more interesting pieces, check out New York's Simone Paasche.